Five Albums to Get You Through the First Week of Classes

"Who had this crazy idea to invent school all of a sudden? Charlemagne!"

I forgot how rough it is to go from doing absolutely nothing to absolutely everything. One day, I'm sitting on the recliner in my room at home watching Netflix, the next day I'm returning home with twenty pounds of groceries after four classes and three rehearsals. But hey, such is the story of academic vacations.

Anyway, considering that many of you will be dealing with the same thing in the coming weeks, here are five albums that will help you through your first week back on the job (or any rough week, for that matter), whether you're a student or not.


If you ever wanted your classical music with a side of indie (or vice versa):
Love I Obey (Rosemary Standley & Helstroffer's Band)

To give you some context, this is the album I listened for comfort when I was stuck on the D train for almost two hours this summer. Rosemary Standley makes her career with indie band Moriarty. Bruno Helstroffer is a blues guitarist who plays early music as a day job. Together, they dreamed up this album of bluesy takes on British Renaissance airs. Standley's voice is (truly, in a non-cliché way) unlike any other singer I've ever heard, throaty and warm with a distinctive twang to the diction. And Helstroffer is just an incredible musician in all respects -- his solo debut is also among my favorite albums ever. 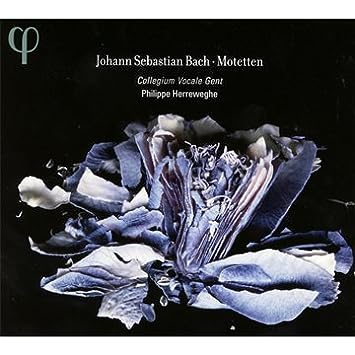 
This recording is just squeaky clean. Most of the motets are only one singer to a part on this album; the intimate accuracy gives me chills every time. The cast includes Vox Luminis soprano Zsuzsi Tóth; superstar French countertenor Damien Guillon; Bach specialist bass Peter Kooij; and a smattering of other big names in the European early music scene. When I want Bach, this album is my first stop (this version of Jesu, meine Freude is also my go-to tipsy soundtrack, something I can safely say now that I'm 21 😉).


I usually spring for new jazz over old jazz, but this album is a classic (just ask the quarter of a million people who have bought copies). Sparse and smooth, Jan Johansson takes Swedish folk tunes and adapts them for a low-key duo of piano and bass. He treats the original folk tunes with such respect -- from his adaptations, I know exactly how the original was meant to sound. There's a good reason why it's the best-selling Swedish jazz album of all time, and still maintains a degree of relevance more than 55 years after its release.

Marin Marais wrote hours and hours of music for the viol (an earlier predecessor of the modern double bass that looks kind of like a cello -- if you're curious, watch Tous les Matins du Monde starring Gérard Dépardieu). It's all great, but some movements are simply transcendent. François Joubert-Caillet is the single viol player who has most consistently impressed me; here, he's selected a representative sample of Marais's most outstanding works and compiled them onto one phenomenal album. His continuo team is outstanding (continuo is a group of instruments that together comprise accompaniment for baroque music -- usually a melodic instrument and an instrument that plays chords e.g. a second viol and a harpsichord) and help to cement this album among the most satisfying Marais albums on the market today. And if you really like it, you can listen to his most recent album, a six-hour recording of one of Marais's complete books for viol. 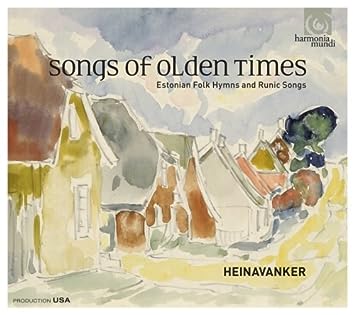 If you really just want to get lost in the sauce:
Songs of Olden Times: Estonian Folk Hymns and Runic Songs (Heinavanker, dir. Margo Kõlar)

I've sung Heinavanker's praises before, but I'm truly hooked on their album. It's the perfect album for a low-key, relaxing evening -- tonight, I put it on while waiting for my focaccia dough to rise. I'd say I listen at least twice a month, if not more. Cannot recommend highly enough. Cook to it. Meditate to it. Sleep to it. Work to it. Seriously.
at January 18, 2020 No comments: 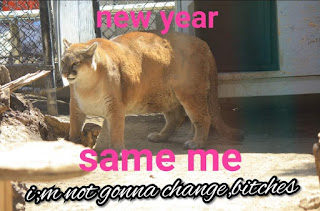 I rang in 2020 the same way I always do -- that is, by playing the Mendelssohn octet straight through midnight. Sure, I got invited to a few more conventional New Year's Eve parties. But there are a few things on which I don't compromise when I come home to LA. One of them is that I play chamber music on New Year's Eve. Full stop. End of story.

I set the same new year's resolution for myself every year: practice more. Totally attainable, and yet I usually just flat out ignore it. Might be time to change that, although blogging is kind of like practicing my writing, right?

That's exactly the type of rationalization that comes with rusty vocal chords and dusty cello strings. At least I admit to it.

Speaking of blogging, it's been a little over seven months since I started this site, and I'm now realizing that there are things that I wish I had done differently, and things I'd like to start doing. So here are my Classical Music Geek new year's resolutions, in no particular order.

1. Post more regularly. I think my average number of posts was about right, even when classes were in session -- I probably netted three to four posts per month. But three posts in one week followed by a month of radio silence...that's not sustainable. Even if I post less frequently, I want to try to hold myself to a schedule.

2. More short posts. I love writing thousand-word posts as much as the next guy, but I don't always have the luxury of time. Maybe I'll hop on the #WordlessWednesday bandwagon -- anything is better than nothing.

3. More recommendations for you. I love telling you about the concerts I go to, but that only does you so much good. I think it's high time I started making real recommendations. Lists of the albums that keep me coming back for more. Concerts that are on my radar in various locales. Up-and-coming artists to keep your eye on.

4. Better social media presence. If I had really made a social media push this summer, I could have gotten out to a larger audience that just my mom's friends. I'm finally on Twitter (@emerykerekes follow me please), but it's about time I learned how to use Instagram.

5. More artist engagement. Yeah, I'm shy. But it's time for me to grow a pair and actually ask artists for f***ing interviews. How else am I going to move up in the world?

7. More food. My life is full of dinner-and-a-show, why isn't my blog's feed? Besides which, then I can fall back on food criticism if music criticism doesn't work out.

8. Keep doing this. It sometimes feels like this blog isn't a priority in my life. School has to come first, of course. But rest assured, I'm not going anywhere. I love this too much -- whatever "this" is.

Thanks again to everyone that has made this possible, and here's to another year of great music!
at January 04, 2020 No comments: