[26] The Bad Plus at Jazz Standard | #1Summer50Concerts #JazzWeek 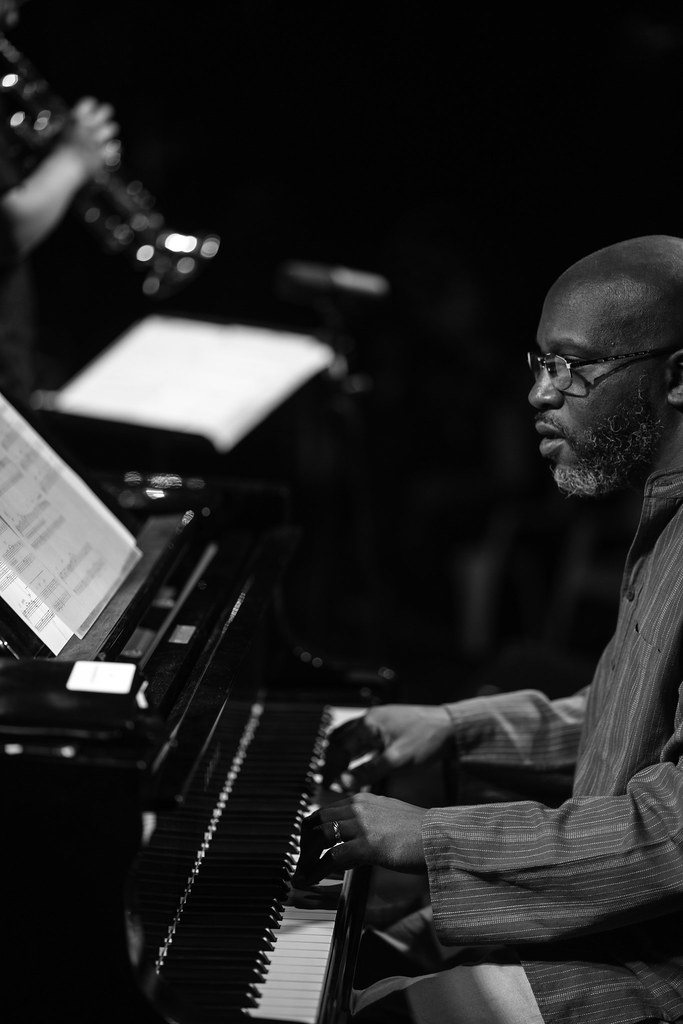 Who decided it was time for Classical Music Geek's #JazzWeek? Well, blame the NYC classical music gods for not scheduling any concerts, and the NYC jazz gods for cramming all the legendary artists into one week. It was sort of just...fate.

I will admit, this was the second time in the last few months that I'd seen The Bad Plus. The first time was in March at the Village Vanguard, and Alton Brown (from Food Network) was sitting behind me. I even bumped behinds with him on the way out of coat check. Thinking about it a little harder, of course Alton Brown likes jazz.

This set was largely the same as the set that I saw them do in March. But you know what? It was equally good the second time. And that's how I define good jazz: it's never the same thing twice, and one time is never "better" than another. They're just different.

It would be sacrilegious for me to evaluate each player individually. One of the most incredible things about the ensemble is that, when they are playing together, they are not Reid Anderson, Orrin Evans, and Dave King. They are The Bad Plus, one six-armed three-headed multi-instrumental beast whose heart beats in time to the music.

Though the three were seemingly one in playing, each's compositions had their own signature twinge. Evans's compositions were rife with rhythmic complexity -- his chart "Commitment" (inspired by a Chia pet that Evans once cared for, according to a half-baked comedic interlude by Anderson) started in an intensely rollicking medium three-beat before switching suddenly to a quasi-waltz macabre in seven for a few bars. King's were a little more neo-rock influenced, heavy on the parallel chords and virtuosic drum breaks. "Lean in the Archway" reads as a jazz-rock fusion chart, but the usual four-beat is replaced by an amalgam of sevens, eights, and nines. Anderson's charts were the most balanced of the three, doling out harmonic and locomotive responsibilities evenly, as in the sparse "Kerosene."

The one thing that makes me partial to The Bad Plus over so many other groups is their evident selflessness. So many jazz musicians use music as a medium to show themselves off, to make themselves the center of attention. One could say that, by performing only original compositions, The Bad Plus does this inherently, but I don't agree. Their onstage affect seems to say that the music is chief. They don't engage in over-the-top showmanship; Evans bops his head, Anderson closes his eyes, King sticks his tongue out, but no visual gets in the way of the auditory experience.