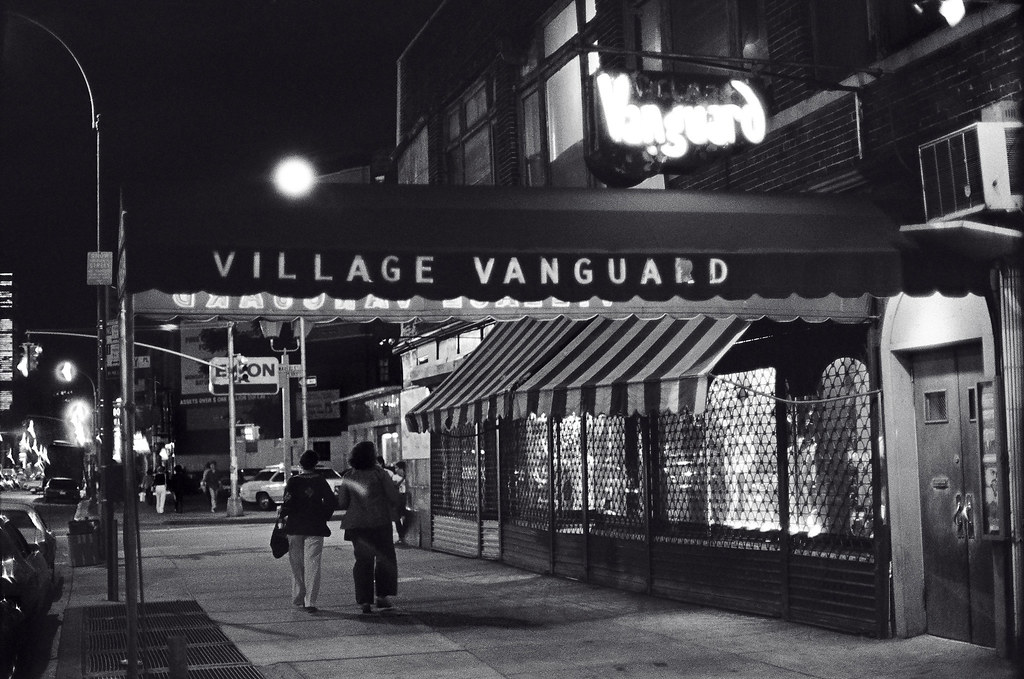 We're one-fifth of the way there guys! Woohoo!

So, when judging jazz players, I cherish spontaneity over all else. I want to see them looking at their group-mates, taking cues, and going with the flow.

Renee Rosnes did not deliver.

Rosnes is best known as a composer, but for some reason this set was primarily (if not all -- she didn't announce every piece) arrangements of swing-era hits. It seemed like a safe play, really too safe for a venue like the Vanguard, where modern jazz attracts the biggest audiences. There was nothing "out there," nothing of particular note; just canned arrangements of Fats Waller and contemporaries. 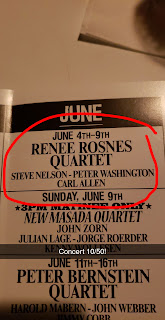 Note: the New Masada Quartet sold out soon after it went on sale. Renee Rosnes didn't even come close.

In a small group setting, each member is personally responsible for keeping the music moving forward -- if one member starts to hesitate, the whole group stalls. It felt like Rosnes was placing the burden of moving the music forward on her bassist (Peter Washington -- he had a terrified expression on his face the entire time, and you could tell which charts he did and didn't know) and her drummer (Carl Allen -- he was on top his music, and his riffs were well-played, if not necessarily the most creative). That got a little bit better towards the end, I will concede.

So you may have noticed that I've only mentioned three of the four quartet members so far, and that's because I wanted to save the best for last. Rosnes's quartet, instead of employing a more conventional saxophone or trumpet, rounds out the quartet with a vibraphone player -- one of few non-vibraphonist-led ensembles that I know of that does this.

Vibes player Steve Nelson wholly upstaged the headliner. His solos were passionate without being cerebral -- you could tell that Nelson was flying by intuition rather than thinking his riffs through, and I would have it no other way. When the rest of the group was ambling along in what seemed like an endless loop of the same eight-bar chord progression, played the same way for the umpteenth time, Nelson's imaginative soloing provided something memorable above a sea of meh. And you could hear him singing (grunting?) along, which was totally endearing.

The thing is, I don't think Renee Rosnes is bad. In the wake of this gig, I listened to a couple of her albums; they were exactly what you would expect if a classically trained pianist wrote jazz, but not in the bad way. She's won Juno awards (think Grammy, but Canadian) for her compositions, and I totally see why. It seemed to me like she was sort of nonchalantly dialing it in for just another set at the Vanguard, and that she didn't really care that much, which in my opinion is kind of unfair to the audience. That said, she did have another show to play that night.