[4] Abendmusik plays Lawes and Jenkins at St. Luke in the Fields | #1Summer50Concerts

WHO: Abendmusik, sponsored by Gotham Early Music Scene
WHAT: Fantasias and Consort Sets by John Jenkins and William Lawes
WHERE: Church of St. Luke in the Fields
WHEN: May 31, 2019, 8:00pm

I didn't know this when I started the week, but my office closes at 2pm on Fridays, which is super nice. So, I did what any sensible person would do with a free Friday afternoon: I took a nap. And we're not talking a graceful little catnap. When I say I took a nap, I mean one-hour-plus, spider-sprawled on my bed, snoring, mouth wide open. You know the kind.

I set my alarm to go to this concert, and when I woke up, I could barely move. But, like a good person, I dragged myself out of bed and hopped the 1 train downtown -- I figure if I set a precedent where I don't go to concerts because I'm "too tired" (a concept that college students quickly learn is merely a construct), then I'm never going to get to 50 this summer.

I'm still rubbing sleep from my eyes when I get to St. Luke in the Fields, a gorgeous Episcopal church in the West Village. I step inside and go to the ticket desk; the person selling tickets seems remarkably chipper. I ask for a student ticket, and the look on the ticket-seller's face turns from chipper to chipper-er. 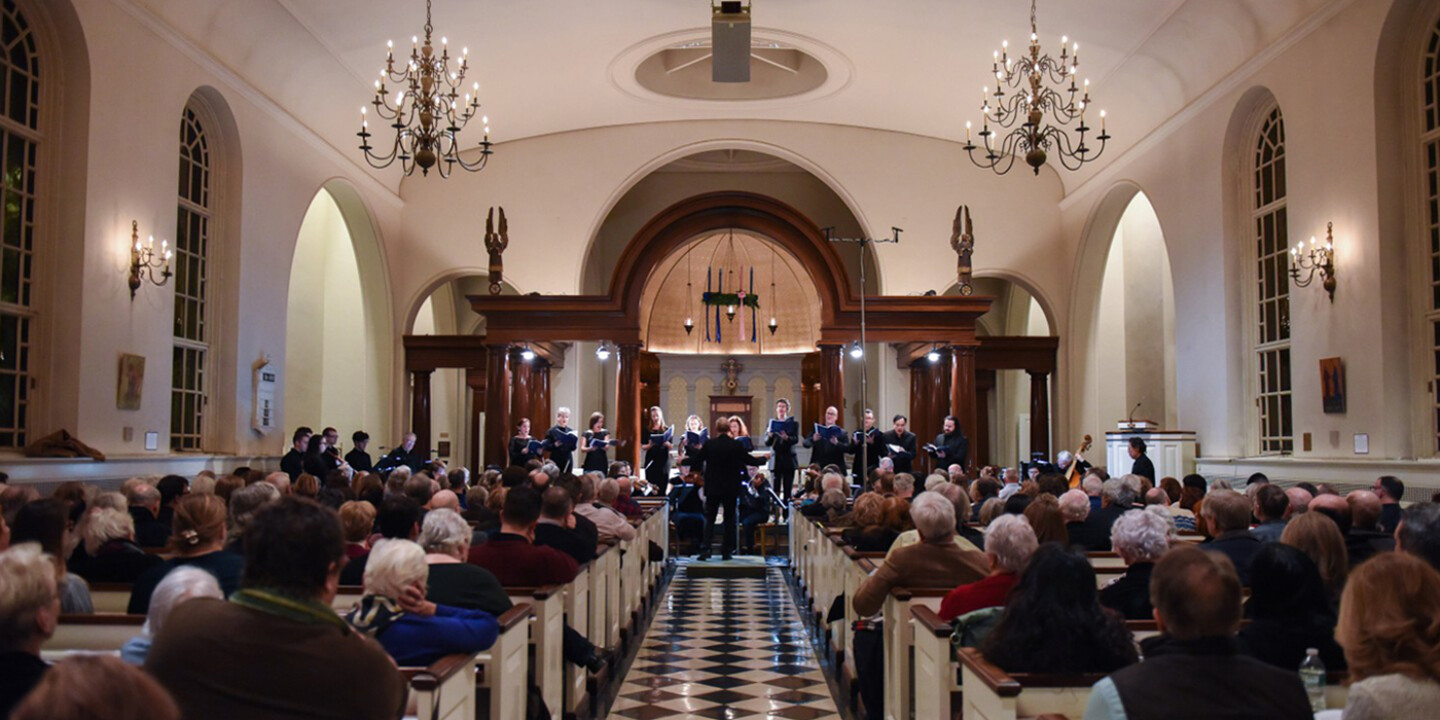 The beautiful interior of St. Luke in the Fields

It's at that point that I look around and realize that I'm the youngest person there by a margin of probably 30 years. The guy behind the desk is just thrilled that someone under the age of 40 is at this concert.

This happens all the time. I'm used to it at this point, but usually I'm the only one who notices. Anyway, we get to talking, and I learn about Gotham Early Music Scene (GEMS), which is an organization dedicated to scheduling and programming interesting early music in NYC. They give free weekly concerts (Thursdays 1:15-2:15, I'll definitely keep that in mind for when I retire) as well as weekend concerts. They do everything from Bach to Renaissance polyphony, and I was even told about a concert of English song from 650AD put on by a couple of retired musicologists. Overall, a good organization.

Abendmusik's de facto director, Patricia Ann Neely, is as much musicologist as she is performer. Her viola da gamba playing was nimble and musical, but even her best performance moments paled in comparison to the program notes she wrote. The turn of the 16th century is a supremely unrelatable time for modern audiences, so Neely framed the program (consort sets by William Lawes and John Jenkins) starting with the works' rediscovery circa the British industrial revolution. The notes wove a unique narrative, one that evidently required a good deal of research and general knowledge.

Abendmusik played with gusto and spirit -- it was clear that they had all played together a good deal. Occasionally, one of the members would get lost -- because of the imitative nature of this kind of music, if you get lost it's nearly impossible to correct yourself -- but that only contributed to the lovely and intimate nature of the concert. It was as if the ensemble was expressly stating that they cared more about conveying a message than conveying it perfectly, a message that I agree with and that I wish reverberated a bit more with the rest of the classical music community.

Abendmusik performs regularly at GEMS's free concert series, so if you get the chance to see them you definitely should. Even if they're not as perfect as some of the full-time viol consorts (*ahem* FRETWORK *ahem*), they still play underperformed works at a remarkably high level and with a great amount of audience camaraderie. A fabulous low-key way to spend an evening. 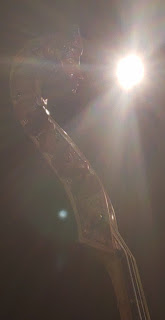 An accidental photo that I took of a friend's viola da gamba scroll -- it happened to turn out very *aesthetically*
at June 02, 2019