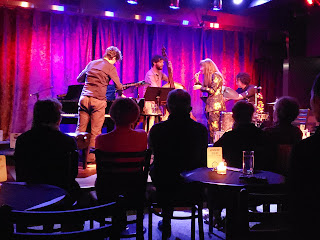 And some crazy jazz was exactly what I needed on that night.

For the first two weeks of this project, I was sticking to a very strict regimen: one concert per day, two on Saturdays, a matinee on Sundays so I can grocery shop and meal prep for the week.

I'm glad to say I didn't fully burn out. But last Sunday, I decided that I needed to take a couple of concert-free days. One night I stayed in and did nothing (I mean, I tried to blog, but that didn't work so well). The next night, I went for a stroll with a professor. And Wednesday, I finally went back to the concert scene, but not before a lengthy family dinner.

Just goes to show you that you CAN get tired of things you love. I mean, that shouldn't surprise me, but sometimes I forget.

Anyway, this show was the perfect potpourri to get me back in the swing of things. Not that I expected it to be a potpourri -- I've seen many of Bertault's YouTube videos, starting with the viral one in which she scats along to the solo from Giant Steps ("Pas de Géant" in French -- that's kind of her thing), so I know she knows her way around the classical canon. She's scatted the first variation of Goldberg, she's done Doctor Gradus ad Parnassum from Debussy's Children's Corner suite, all sorts of stuff. So naturally, after a short original song for her introduction, she launched into a "tribute track" to the composers who had influenced her over the years; apparently, her father started her on piano at the ripe old age of three years old.

And she launches into Goldberg at...help me here Moranis! 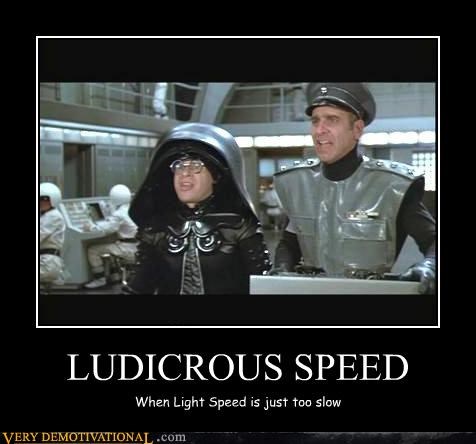 Bertault had obviously done this a million times before. Her pianist, Vitor Gonçalves, looked petrified, but kept his cool to play a musically and technically impressive Bach. She followed with a series of mutations on the first movement of Ravel's Tombeau de Couperin, and then a whole song based on Satie's first Gymnopédie.

So at this point we know she does classical well. She goes into a short phase of French standards, including a Serge Gainsbourg song that starts, "I drink regularly to forget my wife's friends." Charming. That one ended up with a stone-cold sober Bertault lying on the floor "drunkenly" babbling on in French about all of her problems, and eventually falling asleep on the ground -- I gather the band was a group of New York ringers, because they seemed bewildered.

Almost as bewildered as when Bertault shooed them offstage after that chart, and invited up a piano professor from the Manhattan School of Music (god help me if I can figure out which one -- Solomon Mikowski rings a bell?) who is apparently a Birdland regular. And they played. Four-hands. A movement of Ravel's Mother Goose suite. He was sightreading. She hadn't practiced. And you know what? It was fantastic. More fun was had in that room in those four minutes than at the entire Renee Rosnes show I had seen the previous week. 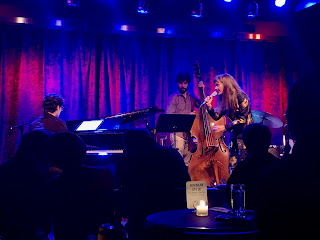 Please someone tell me the name of this bassist!

The combo came back on after that -- I should take this opportunity to mention that the combo she had behind her was AMAZING. Though I'm pretty sure the trio was hired for the occasion, they knew the charts well, looking up and smiling at each other as if they were....having fun? GASP! Gonçalves's solos were the perfect character foils to Bertault's; where her solos were restricted by the technical capabilities of the human voice (even a voice as agile as Bertault's has its limits) his picked up slack, and vice versa. The bassist, whose name I couldn't catch from the stage (I think I might have heard Eduardo? Google produced no results for me) had a smirk on his face that showed he knew EXACTLY what he was doing the whole time. And the drummer, John Hadfield, was equally at home in jazz and bossa styles -- Bertault is a self-professed Brazilian music obsessor -- and his playing had the perfect balance of reliability and pizzazz.

Speaking of Brazilian music, she kicked her combo off AGAIN and brought on guitarist Diego Figueiredo, with whom she did the Carmen Miranda Radio Days bossa classic Tico-Tico no Fubá. Bertault and Figueiredo were doing a show at Birdland the next night -- I seriously considered canceling my plans and going, their rendition was so fantastic.

The moral of the story is, next time Camille Bertault is in NYC, get your butt on out to see her. Whether she's solo with a pianist or guitarist, or with a larger group, she's incredibly fun to watch, not to mention a fabulous singer. Besides which, you basically get three shows for the price of one!
at June 17, 2019