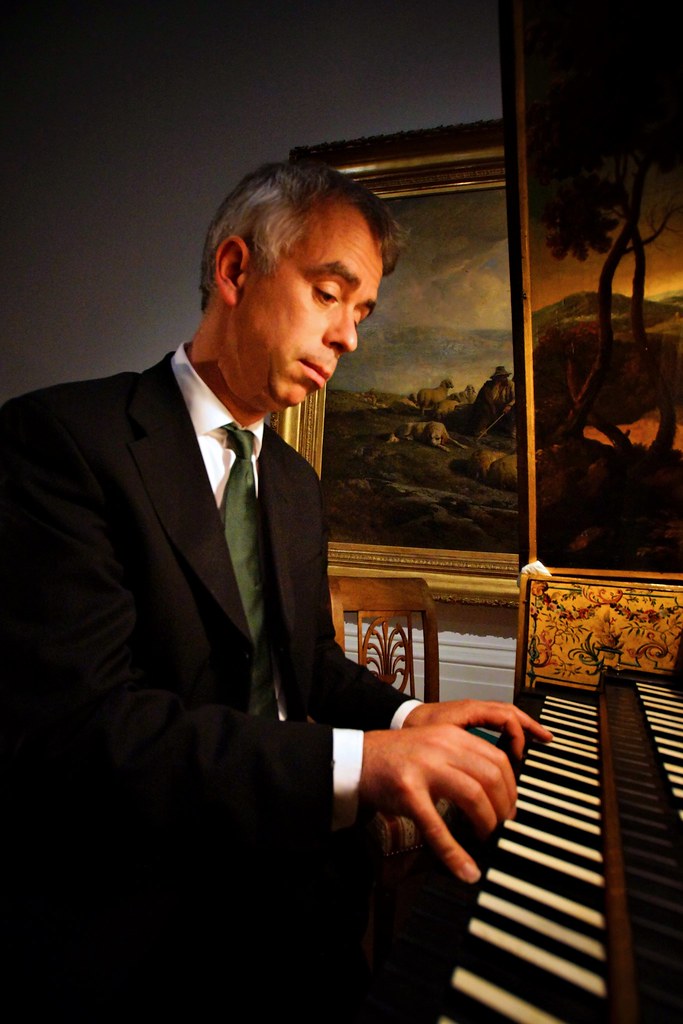 I was SO excited when I heard that the Orchestra of St. Luke's was using June as a Bach celebration month. They had a couple of really interesting programs at Carnegie earlier this summer -- one of Bach orchestral music, one of cantatas -- and I was looking forward to seeing them, until one day I called their box office to get tickets:

ME: Hi, I'd like one student ticket to tonight's concert.

I was stupid. I didn't buy tickets ahead of time, and when we got to DiMenna the tickets were sold out. Even though my brother and I were second in the waitlist line, my heart was still pounding. Hantaï himself came upstairs for a smoke break before the concert started; it took every ounce of self-restraint I had not to approach him and beg on my hands and knees for a ticket. But I played it cool. And we got tickets, along with the 20-some Hunter College students whose professor had forgotten to make reservations even though seeing this performance was required to pass their class.

$40 for the Goldberg Variations seemed like a fair price, but apparently Hantaï didn't think so. He announced a completely separate program for the first half of his concert -- apparently, he likes to "meet ze harpsichord" before deciding on which pieces to pick out of his three-inch black high school binder. He started with the only non-Bach work on the program, citing William Byrd as a "direct predecessor of Bach's," which is a characterization I don't necessarily buy, but whatever. The Byrd theme and variations was fabulous, reserved yet supremely musical.

The prelude, fugue, and suite that followed let Hantaï put his distinctly French musical sensibilities on display. The flow was rhythmic, though not mathematical, and in those rare moments where strict rhythmic accuracy was not appropriate, Hantaï's flourishes were regal and well-organized.

As for Goldberg: of course it's a tremendous piece, but it's also LONG. Hantaï's fingers began to run out of steam in the middle -- an obvious wrong note every now and then. But his brain was in it the whole time. Even the occasional wrong note was masked by his cogent interpretation. I'm not going to mention any specific variations, because I counted about three before I lost track until the last variation, which is my favorite.

Hantaï feels like the kind of guy who can adapt to any environment. I mean, he doesn't get to bring his own instrument, and there's much more variation in the mechanics of a harpsichord than in, say, a piano. Harpsichords can have two separate keyboards stacked upon one another, and any number of levers and buttons to press to achieve the different timbres that it can't get from the player's touch. I don't know whether Hantaï spent 10 minutes or 10 hours learning the ins and outs of the DiMenna harpsichord (a beautifully decorated double-manual instrument), but he played it as if it were an old friend.

Hantaï's masterful performance was accompanied by lighting design by Burke Brown. I was expecting the lighting to be really loud -- a couple months ago, I saw pianist-composer-electronics artist Kelly Moran, whose set was accompanied by abstract animations in neon pinks and greens and blues, which was beautiful but also a lot to take in. Rather than a barrage to the eyes, the lighting read more as a mood intensifier, soft argyles of color on the wooden-slat back wall of the concert hall. Most importantly, the music came first.

I know a lot of people who say they unilaterally don't like the harpsichord because it "sounds like mosquitoes" or something like that. I urge those people to get out and listen to a real harpsichordist play a really good harpsichord. A good player knows how to take advantage of the harpsichord to its fullest, and Hantaï did just that. Not a single tone was left unexplored on that instrument. There may be a new Goldberg king in town -- move over, Glenn Gould. 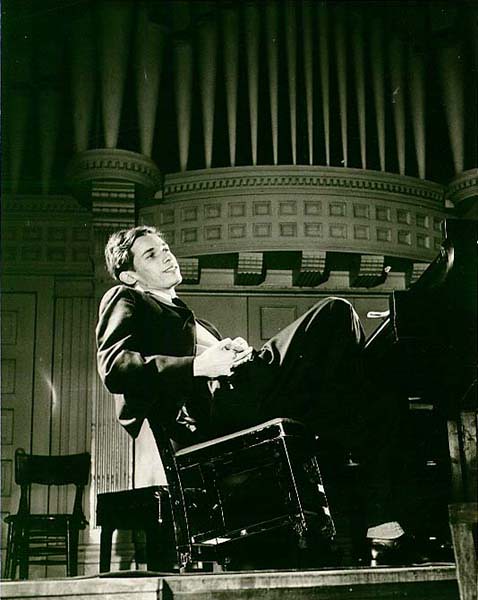